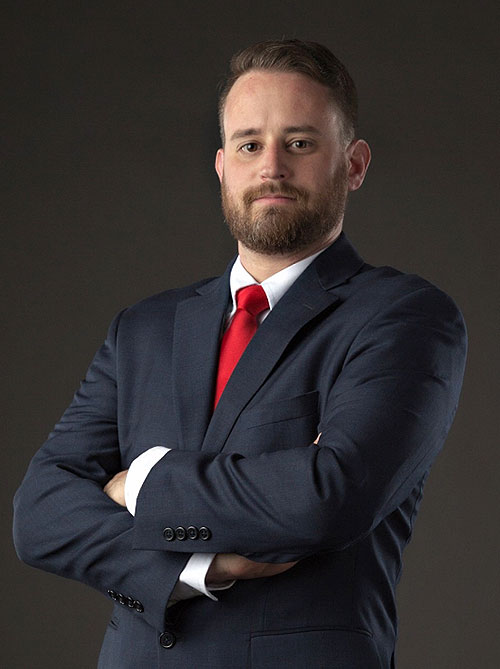 About
Mr. Krueger currently focuses his practice in the areas of criminal and domestic law.
He was raised in a military household and, except for his time in Law School, has been in eastern North Carolina for the past 20 years. While attending Campbell Law School he earned 2 book awards, held office in several student organizations, participated in both the Juvenile Justice Project and Senior Law Clinic, and also worked in the Campbell Law pro bono program. He was honored to travel on behalf of his law school as a panelist at the 2013 Massachusetts Restorative Justice Collaborative at Harvard Law School and Leslie University, and advocated for a non-profit organization protecting orphan’s rights in Panama.

In his spare time Mr. Krueger enjoys spending time with his family, fishing, hunting, and attending church in New Bern.